President Trump’s announcement this week to end the CIA’s covert arming of militants in Syria is an admission of defeat. The US has lost its six-year war for regime change in the Arab country. It’s time to wrap it up.

It’s not over yet, of course. It remains to be seen if Trump’s decision can in fact be implemented. Can the CIA be reined in to obey orders? Will the US be able to stop regional client regimes, like Saudi Arabia, from stepping up their covert supply of American weapons to the militants in Syria?

Also, Trump’s decision does not mean the US and its allies will withdraw ground and air forces from Syria, where they are illegally operating in violation of international law. 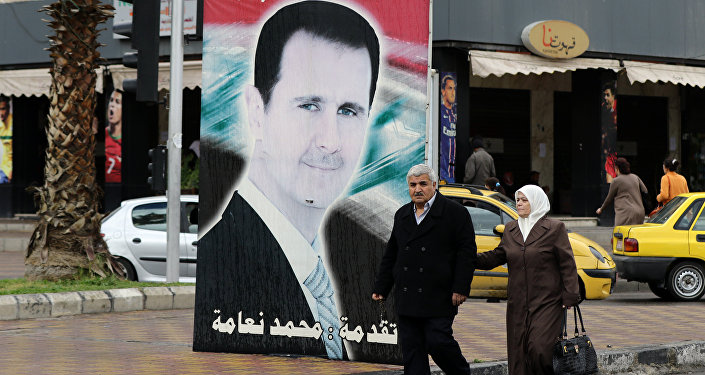 Nevertheless, the American president’s declared ending of the CIA’s role in fueling the insurgency in Syria should be seen as a welcome move. It is the right thing to do, and a brave one also because of the anti-Russia flak he is bound to receive for taking the decision. It would have been politically expedient for Trump to have not pulled the plug on the CIA in Syria. But by doing so, he is bound to compound the anti-Russia hysteria gripping Washington and large sections of the media accusing him of being a “Kremlin stooge”.Any rational person would have to agree that the best way to end the violence in Syria is for foreign countries to halt pouring weapons into the country. Syrian President Bashar al-Assad has long maintained this logical position: if nations want Syria’s bloodshed to stop, as they claim, then they should stop supplying arms and cut out sponsoring militant groups.

By its own admission, the US has been funneling weapons into Syria since at least 2013, according to media reports, and probably before that date right back to the beginning of the war in March 2011. Not only the US but its NATO partners, Britain, France and Turkey, as well as regional allies Saudi Arabia, Qatar and Israel. This is an admission of a criminal conspiracy to destabilize a sovereign country by supporting illegally armed anti-government militant groups. It matters little whether these groups are arbitrarily designated “moderate rebels”. They are illegally armed.

© REUTERS/ RODI SAID
Is There Risk of All-Out Confrontation in Syria After Daesh Defeat in Raqqa?

With a Syrian death toll of up to 400,000 over six years of war, millions of refugees and a culturally rich country driven to the brink of destruction, it is blindingly obvious that Trump made the right call to at least partially reduce the flow of weapons, by ending the CIA program. It is well past time to bring the US-led criminal assault on Syria to an end.Trump’s call was also a brave one because the US media immediately and predictably depicted the move as a “concession to Russia”. With the US president already being assailed with endless accusations of “colluding” with Russia in winning the election to the White House last year, his decision to leash the dogs of war in Syria this week only lends more grist to the Russophobia rumor mill.

The Washington Post headlined the news with: “Trump ends covert CIA program to arm anti-Assad rebels in Syria, a move sought by Moscow”.

Several other US media outlets followed suit, making snide comments that the move “will please the Kremlin” and that Trump was “appeasing Putin” by closing down the CIA covert operations in Syria.

The American corporate media persist with the myth that the CIA has been backing “moderate rebels”. When in reality, the “moderate rebels” and the “terrorist jihadists” are one and the same motley army of mercenaries. Mercenaries who have barbarized the Syrian people with sickening massacres, under the tutelage of the CIA and other foreign military services.

© AP PHOTO/ MILITANT WEBSITE VIA AP
Will Daesh Turn Into an ‘Al-Qaeda on Steroids’?

With contorted logic, US media spin that Trump’s shuttering of the CIA program to train “moderate rebels” in Syria may now strengthen the hand of “extremists”.The president is accused of capitulating to Putin on Syria. There are mutterings in the US media suggesting that this is what Trump talked about with Putin during their meetings in Hamburg at the G20 summit earlier this month. Especially, during the so-called “secret meeting” in front of 18 other heads of state while at dinner.

What the incorrigible lying US media don’t get is that American involvement in Syria has been a criminal enterprise from the get-go, constituting a monumental crime against peace and humanity. The US-sponsored terrorism in Syria has gone on for far too long. No amount of sanitizing by the media can alter that brutal truth.

It was Russia’s principled decision at the end of 2015 to intervene in Syria, in accordance with international law, that began to bring the criminal conspiracy to an end. Two years on, the Syrian state is beginning to get the upper-hand over the foreign-backed militant groups that have ravaged the country. Russia’s military support has been vital to that impending victory.

“The shuttering of the [CIA] program is also an acknowledgment of Washington’s limited leverage and desire to remove Assad from power,” noted the Washington Post.

In other words, begrudgingly, the US war for regime change in Syria is being acknowledged as a defeat. And it is Russia that ensured that defeat. 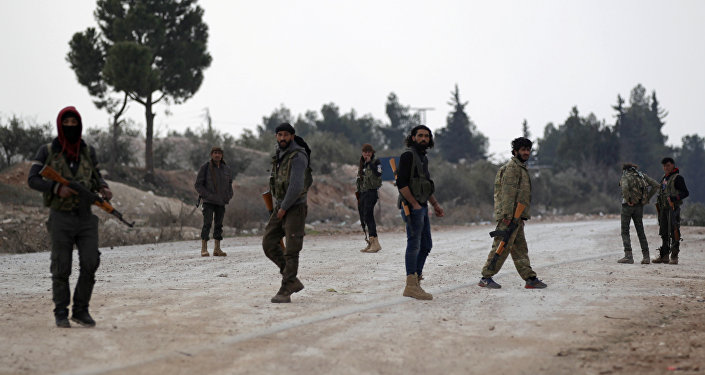 The Washington Post quotes one US official as saying more openly: “It is a momentous decision. Putin won in Syria.”Rather than coming clean and admitting that the US has been engaged in a sordid, criminal war on Syria which it has finally lost, the American media are now spinning Trump’s ending of CIA operations as a “concession” to Russia.

For all his flaws, and there are many, at least Donald Trump knows when to admit that the US war in Syria is a loser. And despite the carping Russophobia trying to box him in, Trump appears ready to take the right decision to bring this criminal American war to an end.